How is the backward pass performed in MADDPG algorithm from MARL

I'm using the MADDPG algorithm from https://github.com/openai/maddpg/blob/master/maddpg/trainer/maddpg.py. I understood the forward pass for both the actor and critic networks. I'm not able to understand how the actor and critic networks are updates. Like at line 188 and 191 the authors compute the critic loss and actor loss. But can anyone explain how the critic and actor networks are updated. Also, as far as I understand, when the number of agents increases from 3 to 6 for a simple spread poli 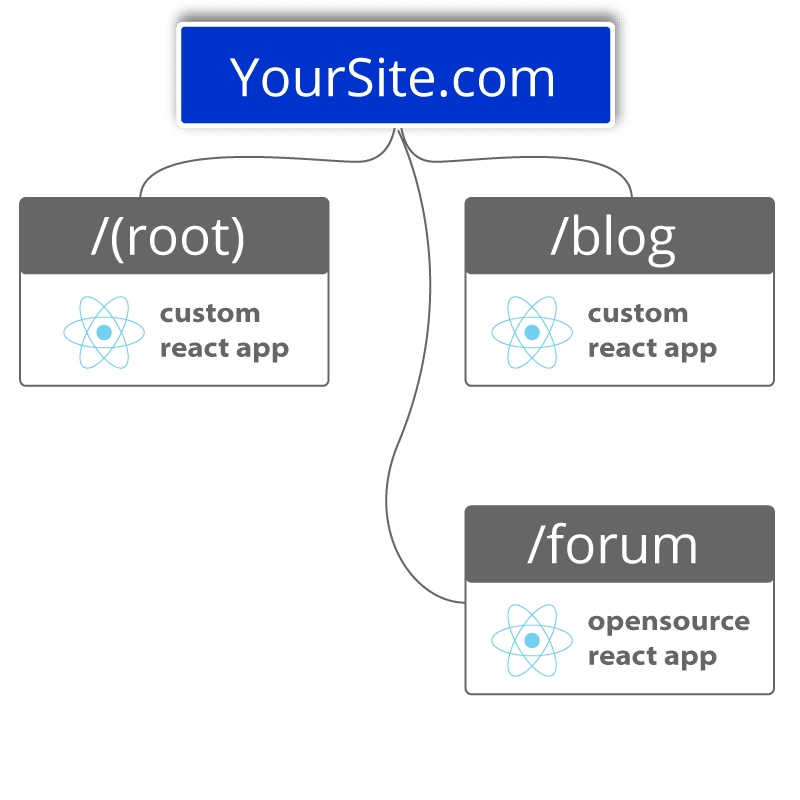 Monolithic architecture is like, so 90s. Step into the 2020s with modular frontend architecture and reap all the rewards along the way. In this piece, we’ll break down what modular frontends are, and then give all the benefits they bring to individual developers and businesses alike. Modular frontends definition In the modular approach, we use “routes” which allow you to run as many apps or pages as you want under each route. Think of a route as a subpath of a website. And si 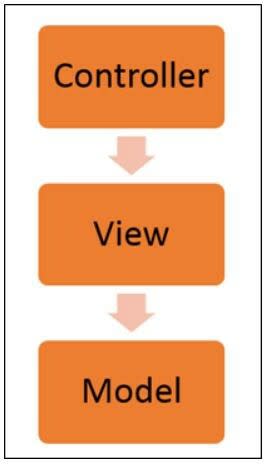 What is Angular web framework?

Angular web framework is an open-source web application framework that is based on the typescript. Typescript is developed by Microsoft and it is a superscript of typescript. The main developer of the Angular web framework is Google. When considering the history of Angular, AngularJS was introduced in 2010. Angular 2 and Angular 4 were introduced in 2016 and 2017. In 2019, Angular 8 was released, and however, the latest stable version is 11.0.7 and it was released on 7 January 2021. History Of

The last piece of our quest is to adapt our Angular Prerender Builder to create multiple folders, per language, and add the index files into it. Hosting those files depends on the server we are using, and we covered different hosts back in Twisting Angular Localization post. If you are going to make the best use of this article, I suggest you read the above post first. At this point, I understand how reliant I have become on older posts, to release the dependency as much as possible, I will u

When styling a web page, there are many types of selectors available that allow developers to be as broad or as specific as they need to be when selecting HTML elements to apply CSS rules to. Here you will learn about some of the common CSS selectors that you will use as a developer. Element Selectors The element selector allows developers to select HTML elements based on their element type. For example, if you use p as the selector, the rule will apply to all p elements on the webpage. HTML

When programming in Rails, there is numerous relationships to learn. One of the most common is the Many-To-Many relationship. There's no question if you program in Rails, this is a association you must know. A Many-to-Many relationship consist of utilizing the has_many :through association. For this to work correctly, you will need two models and a join model. In our example models, we will use Student, House, and Sorting_hat as our join. Yes, today we're going to be using the world of Harry P

In part 1 we learnt about a workflow problem. In this, the 2nd part we are going to solve it, using some JavaScript code! App Script You can find the whole overview here. In short it is Google's flavour of JavaScript and a low-code platform to programmatically automate Google Suite line of products. A few things which I discovered are Notify us is someone accesses our document. Send messages using 3rd party integration to Discord or Slack channels when an event is triggered. (say 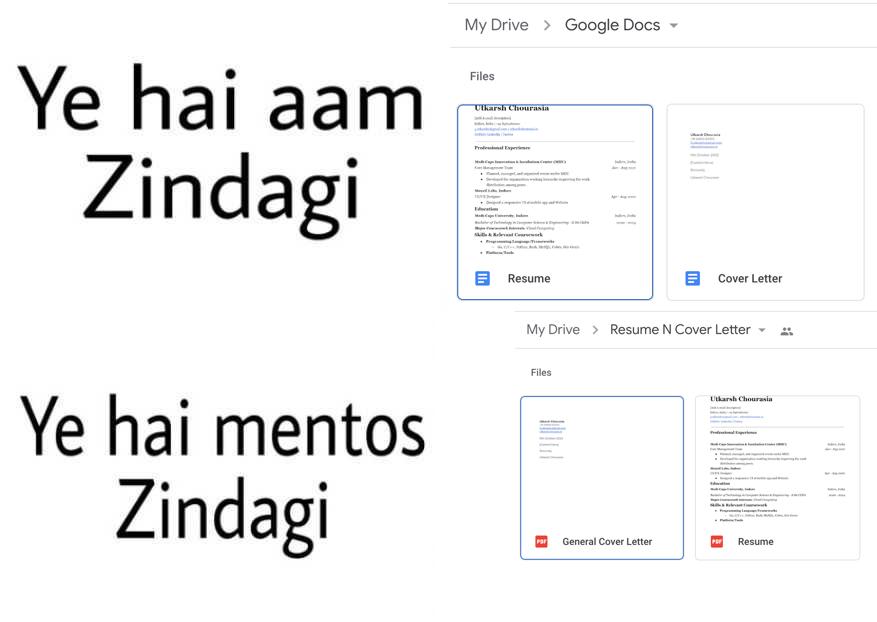 The time of year when I am applying to several internships. I'm browsing several blogs, YouTube videos, and feedback from various sources. To get the perfect output of "How to create the ideal resume and cover letter?" This is not a blog where I teach you how to write the perfect the professional documents(pro-docs like resumes and cover-letters). Instead I will help you save some time I usually spend an hour or so researching and developing pro-docs rather than spending a whole day on it. Sinc

Start Reinventing the Wheel, Maybe Your Wheel will be better than a Rocket!

When I started writing my own framework, a lot of people started questioning me, why should anyone use mine over a popular framework like Nextjs, which is backed by a lot of tech giants and even backed by Vercel, compared to my framework only being worked on by me? Since I couldn't answer them that time since my project was relatively new, It's time to show how reinventing the wheel makes my version of wheel much better than the good-ol' wheel we used to know and use... Ditched NPM, Sta 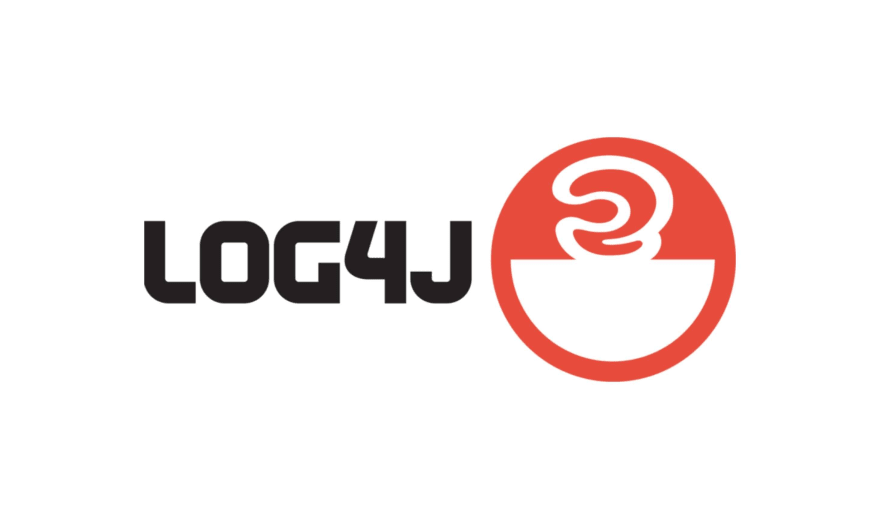 What is Logging in Java Logging is the process of recording the application insights as a readable log file. It is an important requirement for any application since it helps identify issues and fix bugs in applications while improving performance. Logging frameworks are similar to the daily diary of a web application. They keep track of activities, errors, and sensitive details of internal processes. Therefore, picking the most secure and reliable option is crucial when selecting a

Shopify Review: All The Pros And Cons You Need To Know

Even if you are already operating an eCommerce business or are planning to build one, Shopify is a great solution. You should still consider its advantages and disadvantages to determine if it is the right platform for your online business. Ø Why do business on Shopify? There are a lot of great things about Shopify, including the fact that it's one of the best eCommerce platforms on the market today. You can sell products directly on your website, and sell them across a variety of marketplaces

A Beginner's Guide to Copyright, Programming and Software - Short Version

This is intended as a bullet-point guide to the concepts of copyright that someone new to programming will need to understand. An interest of mine is Free and Open Source Software (FOSS) so this guide includes points about the copyright context of that. This is part of a planned set of postings - starting with the essentials and then exploring more detail for those who are interested. The intended titles are: Short Version (i.e. this post) Medium Version Edge Cases Myths and Misunderstandings

If you’ve been following me on Dev.to for the last few months, your probably asking yourself- where have you been? Well, I’ve been busy running a non-profit and so haven’t had the time to write. Sorry! But, we’ve been working on some cool stuff and through the next couple of days we are going to be sharing it- so stay posted. What’s the code simulator? We’ve been working on a system similar to Repl.it but we came upon a realization: we need to run the code that people write with our tool. So,

🎉  SD Times chooses Luos as the open-source project of the week!

<div><p>Luos is an open-source lightweight library that enables developers to develop and scale their edge and embedded distributed software.</p> <p>⏩ <a href="https://sdtimes.com/software-development/sd-times-open-source-project-of-the-week-luos/">read the article</a></p> <p>Thanks to Jenna Sargent Barron and the entire SD Times team!</p></div>

Adding feature to a project

Hello! Static site generator feature This week I've been working on another student repo. I had to make a feature that will allow user to specify all of their SSG options in a JSON formatted configuration file instead of having to pass them all as command line arguments every time. It didn't took much time to understand how things work, since I was writing a code in the same language, that I'm familiar with(JavaScript). Concern The only thing I was concerned about is tha